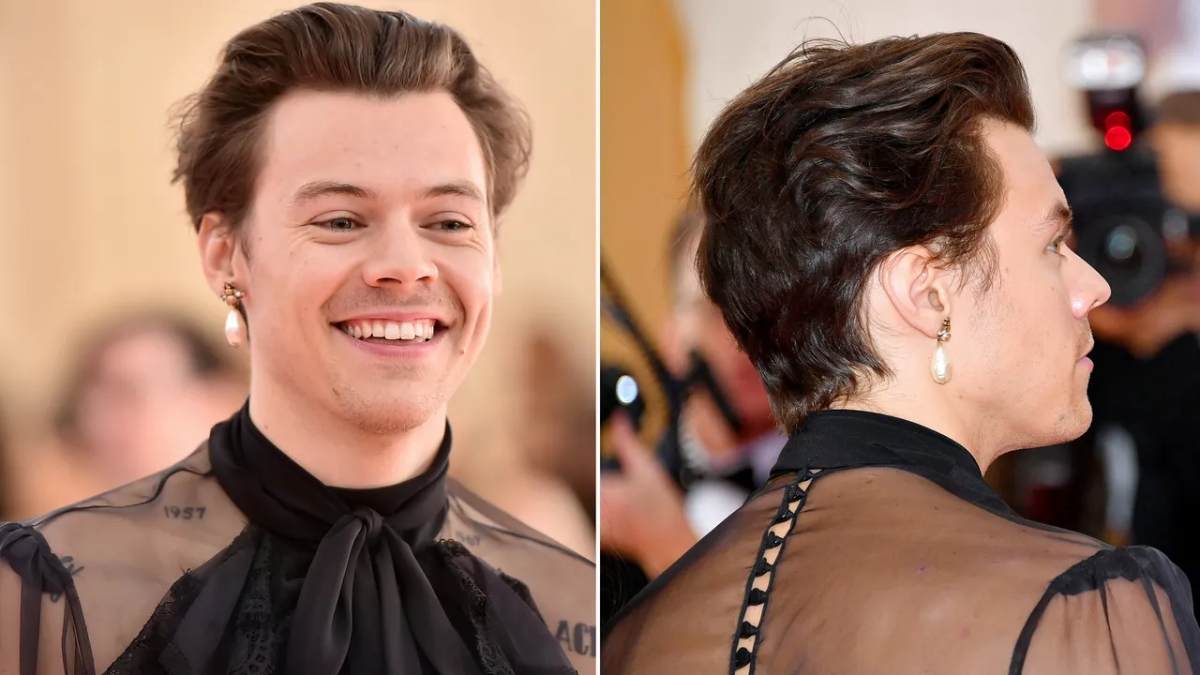 The Met Gala 2022 will return to its storied calendar slot (the first Monday in May) for the first time since before the pandemic next week. The event will be co-chaired by Blake Lively, Ryan Reynolds, and Lin-Manuel Miranda; while Anna Wintour, designer Tom Ford, and the head honcho at Instagram Adam Mosseri are honorary co-chairs.

The Met Gala 2022 theme is “In America: An Anthology of Fashion,” which comes with the dress code “gilded glamour, white tie”. As such, the Costume Institute has asked its list of esteemed guests “to embody the grandeur of Gilded Age New York”, 1870 to 1890.

The guestlist is under lock and key in Wintour’s office (we presume), but one person who we’re sure will show up is Harry Styles. Given his role as the co-chair of the Met Gala in 2019, it would be highly irregular for the “As It Was” singer, who is undeniably the music industry’s favourite clotheshorse, to not rock up on Monday.

The Met Gala is essentially fashion’s version of the Oscars. The much-anticipated first Monday in May is the one night each year when designers, models, musicians, and actors all gather in their most flamboyant and over-the-top looks. 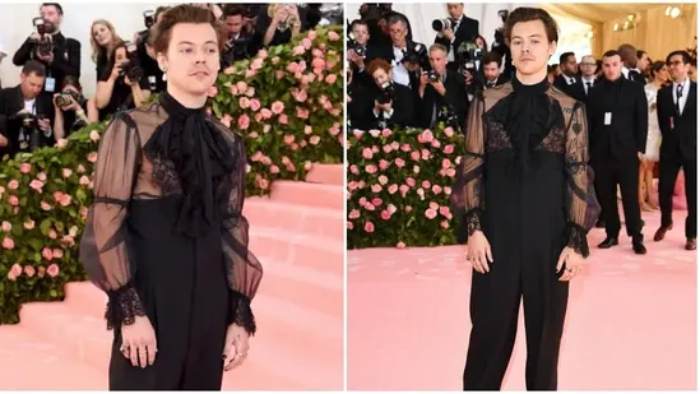 With this year’s event celebrating “In America: An Anthology of Fashion,” and attendees being asked to interpret a theme of “Gilded Glamour,” there’s one thing that’s remained on our minds: Harry Styles’ Met Gala look.

Styles is never one to stick to traditional shirts and pants, whether he’s walking the red carpet or taking the stage. He’s known for challenging gender norms with his fashion choices and breaking down toxic male stereotypes, unafraid to take risks with feather boas, handbags, and even gowns.

Every year is, for me personally, the year of Harry Styles—but even unbiased observers confirm that the singer, fledgling actor, and consummate showman dominated the cultural landscape of 2022. From his blockbuster Love on Tour and the release of his third album, Harry’s House, to decidedly not spitting on Chris Pine and one very scandalous salad dressing. 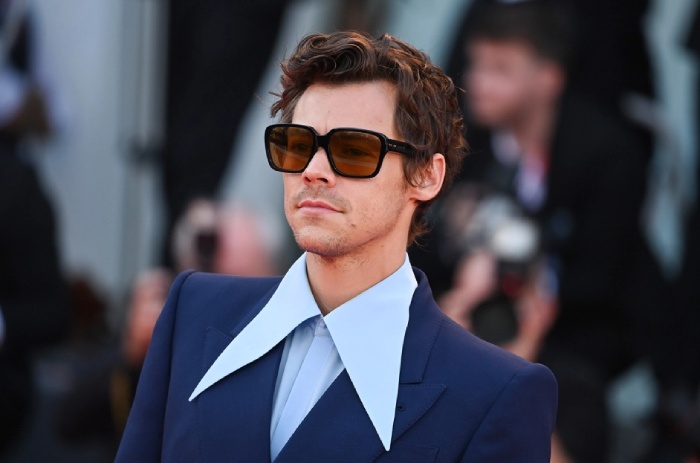 Mr Styles was simply ubiquitous in 2022. So ubiquitous that, if not for his preternatural charm and a long-standing restraint with respect to granting interviews, he might have even treaded on overexposure—but no. Below, find a comprehensive-ish look back at the Year in Harry Styles.

“2022 changed my life,” the pop star wrote alongside a black-and-white snap of himself lounging on an empty stadium stage during his global Love on Tour trek. “I can’t begin to thank all of you who supported me through it, I’ll never forget it. I hope your end of year is filled with happiness and calm. Love you all. See you next year.

The singer and his rumoured love interest, Olivia Wilde, did not mention anything about attending or skipping Met Gala in 2022. 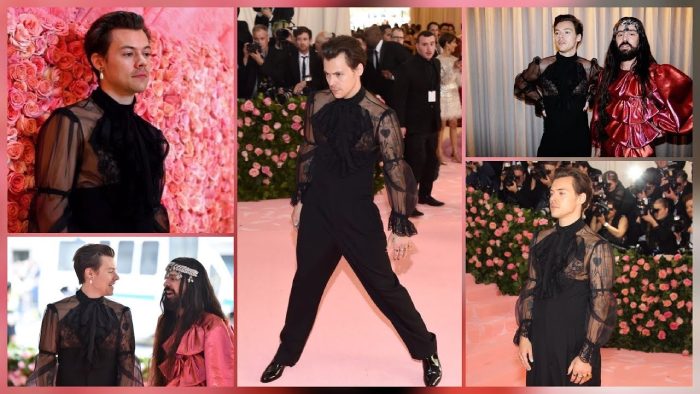 It hasn’t been revealed why the star couple chose to skip the highly decorated event, but their decision has upset fans.

The last time Harry attended Met Gala was in 2019, while Olivia’s last appearance came all the way back in 2016.

One of the evening’s three co-chairs, the British singer proved Wintour right—and then some. (reminiscent of the billowy top Jagger wore to The Rolling Stones’s famous 1969 Hyde Park concert), Styles was the spitting image of the charismatic frontman as he traipsed down the red carpet on the arm of Gucci creative director Alessandro Michele. 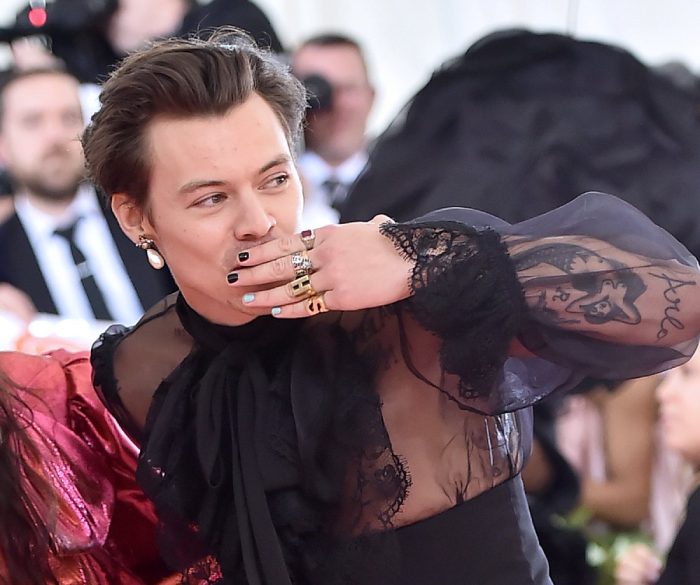 And proving that he’s just as fearless and anti-establishment as Jagger, who has dabbled into directional makeup throughout his career, Styles imbued his look with a touch of extra beauty flair.

It wasn’t just Styles’s stacks of metallic rings brushing against his romantic lace sleeves, but prim and painted nails as well. With a dark raven manicure punctuated by pops of teal, his coiffed digits, much like his single pearl earring, was coolly complementary to his goth-tinged look. With natural charm and rock star swagger, Styles continues to channel Jagger while establishing a style that’s all his own. 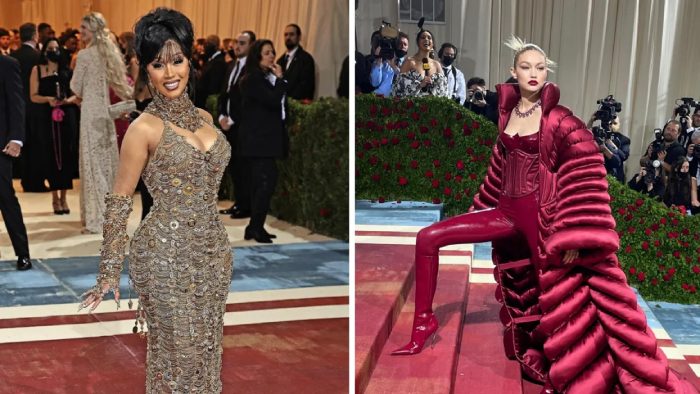 The theme for part two is In America: An Anthology of Fashion, and the exhibition will see Andrew Bolton, head curator of the Museum of Modern Art’s Costume Institute, focus on inclusivity in fashion. “Who gets to be American?” was a question posed at Prabal Gurung’s spring/summer 2020 show, and it will be addressed at the Met Gala 2022.

Upon countless footage recaps, questioning sources, and a comprehensive Instagram sweep, we are sad to confirm that Harry Styles and Olivia Wilde did not attend the Met Gala last night.